The answer is, yes. It’s the law, and it’s the right thing to do. We all expect to get paid for our work, whether we’re a planner, caterer, AV supplier or in hotel sales. The same goes for the people who create the music that we use to make our events more successful.

‘But I’ve already paid for the music!’ I hear you say. You may have bought a song on a CD, mp3 or via a streaming service like Spotify, however that only covers private use. It doesn’t cover the ‘public performance’ of the music at your event.

1. Know your inputs and your outputs. Every soundboard and video switcher has a fixed number of inputs you can plug in mics, cameras, etc., and a fixed number of outputs you can sent the audio or visual to speakers, screens, etc. We will not attempt to explain inputs and outputs further, but it is key that planners know how many they’ll need ahead of time so the AV provider can plan to bring the appropriate mixers. If they end up having to use a larger mixer than originally quoted on your estimate, it likely will cost you more.

And be sure to count every single input and output, including to things like translation booths and webcasts. And remember that any video output that is going to be different on different screens—instead of all screens showing the exact same thing all the time—will count as more than one output.

2. Know the stage size and the room size. Wide stages end up having “dead zones” where there is uneven sound or no sound in front of the stage where the side speakers don’t reach, so you’ll need “center fill” speakers. If the room is deep, you’ll likely need “delays” to cover the back of the room with good even sound through out the room.

3. You can try to negotiate patch fees, power drops, WiFi, and rigging points up front. Patch fees—which some venues charge to patch into their in-house system, power drops for powering your AV equipment and WiFi access —may be negotiable, but only before the contract is signed. Ask the venue if it has rigging points—those points on the ceiling or an I-beam that have hooks to hang trusses and rigging from—and if so, how many, and how much they charge to use them. While the venue may not be able to negotiate rigging point usage fees if the rigging points are owned by the in-house AV company, it doesn’t hurt to ask if they can negotiate with the company on your behalf.

4. You can get around paying to have a backup projector by asking to use “running spares.” Instead of using one high-lumen (expensive) projector and paying for them to have a spare in case it goes down, ask to use two lower lumen projectors stacked on top of each other. While they do have to be aligned perfectly and the image won’t be quite as bright, if one goes down, you have a built-in backup already on hand.

5. How many AV technicians do I need to have in a room. “It depends,” but generally speaking, the more important the session is to the event, the more techs you want to have available, “It’s very common to have techs floating from breakout session room to breakout session room, hanging out in the hallways like Batman waiting for sounds of panic.”

Good resource: Here is a great  glossary of live event tech terminology on his site that will help make anyone—even an event AV neophyte like me—feel more confident when talking event tech.

Our range of HD and 4k TV Monitors, Seamless Video/Monitor Walls and LED Video Wall rental solutions cater not only to the size of your audience, but also to the specific material that you’ll be presenting. Whether it’s an intimate boardroom setting or a large auditorium at a conference, let one of our audio visual experts help you plan the optimal viewing experience. 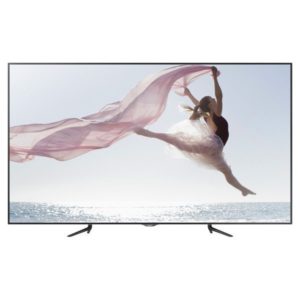 Zoe Audio Visual has expanded its 4K and HD display inventory with the addition of new Toshiba HD 55″ displays and Sharp 4k monitors. These new displays are compatible with our existing 4K media & playback servers and 6G-SDI and HDMI “Ultra HD” distribution solutions.

Zoe Audio Visual provides near seamless LED video wall rentals to make a high-powered impact at your next event or tradeshow. These units immediately grab the attention of anyone nearby, and provide the ultimate vehicle for branding and messaging. Our pricing, service, and support is the best in the industry.

Our video wall displays are created by arranging a series of 55" LED video wall monitors into a near seamless wall of flat screens. These display panels can be arranged to suit your specifications and achieve your desired effect including floor standing units, elevated units, and even free hanging video walls for a very modern and high tech look. 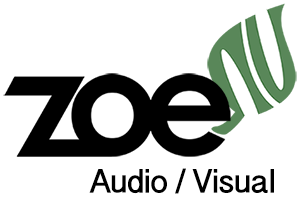 Leah Solomon
15:52 22 Oct 19
We used Zoe for a 3 day event in Dallas. Everyone was so personable and professional. We couldn't have asked for a better group to accommodate our 4 rooms of a/v.read more

Jason Burghart
02:29 22 Oct 19
We are a small church with big ambitions and a small budget. Zoe Audio Visual has helped us along our unique path, patiently helping even when we have purchased items that are less than stellar. Thank you for guiding us out of our messes and encouraging us along the way!read more

Rainya Mosher
21:38 19 Jul 19
John came in and took care of setup and tear down for the event, plus handled the technical issues we had before we got started like a champ. Will absolutely be willing to work with Zoe AV again in the future!read more

Eastwood Tulsa
13:44 05 Jul 18
Jon with Zoe AV was professional and highly skilled. But more importantly, he and his crew were flexible, helpful, patient and gracious. We had a very difficult situation on load-in day and he and his crew patiently and diligently made sure everything was done as quickly and as completely as possible before the opening service. Throughout the week, Jon was not only an excellent technician but a spiritual asset as well, approaching his work as a ministry and encouraging all of us. We would highly recommend Zoe AV for any event, whether corporate or ministry-related. As a former professional audio engineer who worked in both ministries and corporate events, I know it is extremely rare to find companies with this combination of skill, professionalism, and understanding of how ministry events work.read more

Andy Busalacchi
00:40 06 Feb 18
Very professional and resourceful staff. We were on a first-time shoot in Dallas and Zoe AV made it feel like we had been working with them for years. Strongly recommend their services.read more
Next Reviews Write a review